An essential skill in the audiovisual and 3D animation world, sound design plays a key role in the success of an animated project.

Focus on a privileged technique, the mastery of which has become a real added value.

WHAT IS SOUND DESIGN? 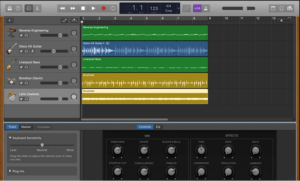 Sound design is the mastery and technical design of a soundtrack, within a framework defined upstream. The job of a sound designer therefore consists of developing a whole sound and artistic landscape, by implementing a real identity in the project.

This includes many building blocks of the project: sound effects, soundtrack, background music, specific creations like the sound of lightsabers in Star Wars, etc. We owe the term sound designer to Walter Murch.

Indeed, also editor on the famous film Apocalypse Now, he allowed himself to leave a particularly important place to the sounds. Likewise, in France, the filmmaker Jacques Tati has also given a prominent place to sound effects in his films.

For example, in Mr Hulot, the character being silent, and the dialogues being little present, it is the soundtrack that will bring the comic of the film, along with the image and the gestures.

WHAT IS SOUND DESIGN USED FOR?

What should be kept in mind is that an animated project, whether it is a feature film, a 3D animated film or a video game, is going to be partly driven by the sound design.

Sound creation is above all artistic, and greatly contributes to developing the identity of the project. In fact, audio design extends to many areas:

The sound aesthetics will therefore help create an atmosphere. From composing music to using silences, sound, like image, is of utmost importance. Stimulating the senses is ideal for conveying a message, or for immersing a viewer in a universe.

So you need a sound professional to subtly use different sound effects, link them together and play with their intensity. Sound design occupies a central place in the script of a film. We used the example of a lightsaber in Star Wars earlier.

Today, even without a picture, the simple sound of this lightsaber sends us back to the world of the saga. This is to say the role played by sound effects, even the smallest! But we can also play with sound and image, bringing in real noises that are out of focus.

This is a process often used in horror films, especially to create the effect of surprise. To put it simply, Sound Design is all sound design done for a movie in post-production. This includes the music (s), sound effects sound effects, ambient sounds, and voiceovers.

In this article, we will mainly focus on Sound Design applied to videos. However, this sound creation can very well be applied to all types of multimedia projects: video games, applications, websites, etc.

Obviously, one can deliberately choose to make a film without a soundtrack, and that can even be an extremely strong bias.

It depends in particular on the broadcast medium of your video. We also spoke here in a previous article about the relative uselessness of putting sound in certain types of videos posted on Facebook, the sound being disabled by default on this platform.

Take, for example, this film produced by Concept Image for the company iAssure, in which we notably find the sound effect of receiving a message. Sound design, also called sound design or transition sound effects, is a sound process that promotes the immersion of those who listen and the identification of the content.

Videos, podcasts, radio, movies, commercials, video games are full of them! And for good reason, sound design discreetly brings additional information to listeners and reinforces the words. But what are we talking about exactly? What is the point of using sound design?

Our answers and the testimony of one of the ATS Studios sound designers! Sound design is a full-fledged art of sound that involves creating and using sounds to achieve the desired effect, most often from a computer. Sound design also involves the manipulation of musical objects or sound bodies.

In other words, immediately recognisable sounds: a broken window, a crying baby. The brain perceives sound and identifies it. In this way, he can – with or without a picture – understand the intention of the point.

But the sound design does not stop there, it is also the companion of image or speech.

In this, he must guide the listener, reinforce the intention or stage it. Sound design thus places itself at the frontiers of music composition and sound effects for multiple types of content. Sound design is an essential element in the creation of sound and video content.

It is used above all to design a specific atmosphere, an atmosphere, according to the theme of the subject. A podcast that tells mysterious stories will not have the same “sound color” as a show about economics. More importantly, the sound design must determine by ear where the listener / player is.

Thus, a video game retains its sound identity with each new version. In the same way, a radio has its sonic specificities which determine it almost immediately, not only through the jingles, but also by the grain of voice of its hosts. This one is also worked by the sound design.

The Next Big Thing in Salsa Music Concept